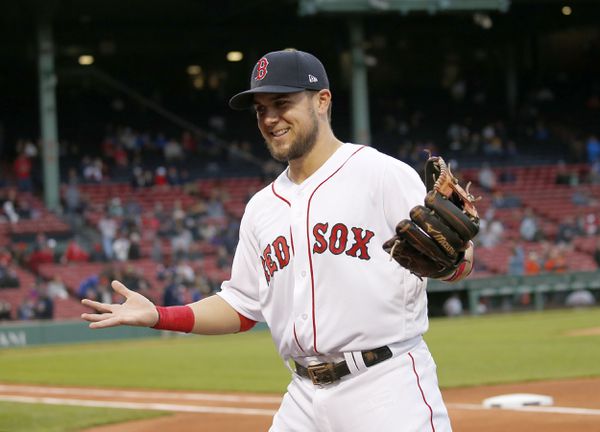 The Boston Red Sox are back to their winning ways after a rough start to this 2019 MLB Season. This fact was clear Sunday Night while in their game in the Bronx they subdued the surging Yankees with an 8-5 victory.

David Price pitched a solid game and his mechanics were superb after recovering from injury on a night where many Yankees fans left the stadium in the 8th inning when the Sox were up.

It was a welcome sight for sore Red Sox fans’ eyes to see as the pitching staff and bullpen has struggled so far. This game showed that the Sox are not going to let any team run away with the AL East title or World Series crown for that matter. The Yankees made us worry with a late inning comeback yet the relief corps. was able to nail the Win down.

Decimated by injuries thus is a fighting bunch and they won’t go down!. There is plenty of season left for a spectacular finish.

This was an important win to keep the season alive before the Red Sox travel to face the Royals and the Rays next. More importantly it was a much needed bounce back after Red Sox Legend and future Hall of Famer Dustin Pedroia announced that his rehab assignment was coming to an end for this season with his returning as a player questionable at this time.

Pedroia revitalized 2B for the Sox and was a very consistent player, not to mention a 3x world champion. Let’s hope he can return.

In the meantime, Mitch Moreland holds down a steady first base while rookie phenom Michael Chavis hammers the ball while filling in at 2nd. Rafael Devers hits rockets while playing 3rd.

Chavis and Devers won Rookie of the Month and Player of the Month for May respectively as the resurgent Sox had a great May that put them back in the winning column and proved that they will be contenders especially Post All-Star break when they will be healthier. This is a wonderful time to be a Red Sox fan…..so enjoy.

Red Sox Back on Track