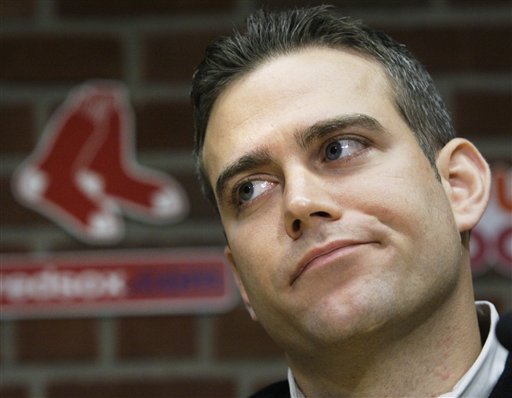 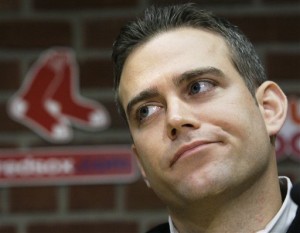 The Red Sox have had a little case of the J.D. Drews spreading throughout the clubhouse with with the likes of Crawford, Buchholz, and most recently Lester finding themselves on the the Disabled List.  I attended the game Tuesday night and I almost thought I was watching a game from last season with Darnell McDonald hosing guys to win games and a guy named Yamaico Navarro manning the hot corner.  The All-Star break is near and the next couple of weeks will have a significant impact on the second half of the season.

Mandy B posted a great blog couple weeks ago highlighting some of the less notable off season moves made by Epstein that have proven to be successful to this point in the season.  Those moves and others will have a lasting impression on the success of the 2011 Red Sox.   The offseason was headlined by the signings of Adrian Gonzalez and Carl Crawford but to quote the late great Lou Brown “over 162 games even tough guys get strained, a soar arm, or a muscle pull (cue the raspy voice).”  The time has to come for Theo’s moves that didn’t make the back page to win some ball games.

When Theo first took the Red Sox GM position I had to be one of his biggest skeptics. How could this Jewish kid who couldn’t get off the pine for Brookline High School baseball team lead my Red Sox to the top?  I was wrong, during his tenure Theo has proven time and time again he is the right man for the job.   While Epstein’s big money free agent signings have been shaky, he has been able to develop star players and successfully plug “no name” players into the lineup when called upon during the regular season. The core of this Red Sox team is young and is a reflection of their young GM’s success during his tenure.  Dustin Pedroia, Jon Lester, Clay Buchholz, Kevin Youkilis, Jonathan Papelbson, and Jacoby Ellsbury are the most notable home grown players helping the Red Sox climb back to the top of the A.L. East.  Pedroia has already collected an MVP award, Lester is a legitimate Big League Ace, Buchholz led the American League in ERA last season, Youkilis has been an on base machine hitting in the middle of the Red Sox lineup, Papelbon is one of the best closers in the Bigs, and Ellsbury snagged about 400 bags in 2009 (not to mention a 2011 All-Star nod).  The 2010 Red Sox were able to grind out 89 wins and stay in the playoff hunt for the majority of last season with Tito penciling in names such as Darnell McDonald, Josh Reddick, Daniel Nava, Jed Lowrie, and calling on a kid named Bard to gas guys out of the pen on a day to day basis.

Whether it is developing top tier Major League players or finding value in lesser known players, Theo has a knack for showing confidence in players and placing them in situations to be successful on one of the biggest stages in Baseball.  I expect no difference this season, Josh Reddick has been a pleasant surprise to me, Darnell McDonald (I know he is struggling at the plate this season, but more playing time will change that) continues to prove he is a viable Major League player, and Andrew Miller has shown a lot promise in his first few outings.  These guys have been able to offset the lack of production from the big money stiffs such as Lackey, Dice K, and Drew and have kept the Sox in striking distance during this tough stretch.

Any GM can write checks but Theo has proven his worth time and time again, through the efforts of guys whose jerseys aren’t even available for purchase, that he his without a doubt one of the best GMs around.  I look forward to getting to know these players some more and I am confident they will fill in just fine setting the Red Sox up for the stretch run, in Theo We Trust.

Obviously the fate of the season depends on the health of Lester and Buchholz, but if things go south Theo may be in the market for a new disguise this coming fall. 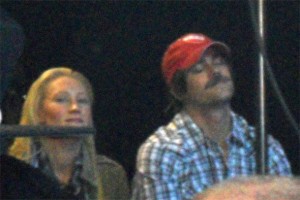 P.S. If the Sox need more pitching help we could see Kevin Millwood in a Sox uni, I think he’s a bum but he may be another one of Theo’s heroes (a man can dream).

What if they blow up the Dodgers?