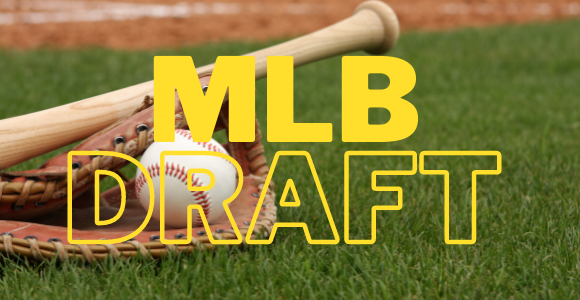 The Red Sox got the surprise of the 2021 MLB Draft by landing Marcelo Mayer at #4. Mayer had long been expected to be the #1 pick of the draft.

Overall, it was a great draft for the Red Sox, and in my opinion, the Sox get an A- overall.

Here are my thoughts on the Sox first six overall selections of the 2021 Draft.

Mayer is a beast, and if there's one word to describe Mayer--it's SMOOTH. I was shocked when the Pirates passed on Mayer at #1 to select Henry Davis, and even more shocked when he was passed over by both the Rangers and the Tigers.

Mayer has one of the smoothest swings I've seen on any prospect in a while and he is just a complete natural in the field. Coming into the draft he was ranked #1 by MLB and at either 1 or 2 across most other scouting agencies.

The immediate thing that stands out about Mayer is the ease in which he goes about his business; his operation offensively is ridiculously smooth. Mayer displays a rhythmic set up with a smooth, controlled load. - ProspectsLive.com

While I loved the Mayer pick, I liked the Fabian pick almost as much. Most scouting reports had Fabian going around the 25 to 30 position, so the Sox picked up another player that fell below expectations.

Fabian has tremendous bat speed and he has five tool potential, but there are concerns about his strikeouts thus far, although still early and lots of time to improve.

The 'swing and miss' issues of late have perplexed many scouts and likely the reason he dropped in the draft. Some think he might have vision issues (uh oh)

Still, if Fabian can improve his contact issues and lessen his strikeouts (now running at around 30% of At-Bats) I think this could be a steal for the Sox.

This seemed like a bit of a stretch for the Sox as I hadn't seen McDonough ranked in the top 100 by any scouting reports. However, if you consider the fact that Fabian is a big strike out guy trying to improve his contact at the plate, McDonough is the total opposite.

McDonough has been known for his patience at the plate and his ability to get on base. In fact, he's nearly walked as many times as he struck out during his college tenure.

And he has the ability to hit for power, however he hasn't done much of it yet. Although here's one nice at bat where he went yard.

I liked this pick and we all know the Sox could use help bolstering the young pitching corps. This 17 year old pitcher has a ton of upside; still quite raw, but he's got size and packs a ton of power in his delivery. From Prospectslive.com:

Makes it look extremely easy on the mound. Smooth, repeatable mechanics. Shows good hinge at the top and really rides down the mound. Up to 95. Curveball flahes really flashes a strong offering with depth/conviction.

Hickey was a college catcher at Florida (teammate of other draft pick Jud Fabian), but many wonder if he has the chops to stay behind the plate long term, as his defensive skills aren't all that great.  Likely more of an outfielder or 1B long term.

This pick was definitely for Hickey's offensive potential, for which he has shown good power in college. From SoxProspects:

Plus raw power. Has shown the ability to drive the ball, especially to the pull side, both in batting practice and in-game. Swing has leverage and really utilizes his whole body in his swing. Above-average power potential.

The third high schooler drafted by the Sox, I like the potential upside for McElveny. The more I read about this kid, the more I like. From PerfectGame:

Strong athletic build with broad shoulders and the chance to get stronger. Right handed hitter, hits from a straight stance with good balance and direction through contact, very good present bat speed, line drive swing plane and showed the ability to create back spin and carry to the gaps, has loose fast hands through the ball and plenty of extension for future power

McElveny is signed with San Diego State. Why was he drafted as a utility player you might ask? Well, the Sox basically think he can cover ground at nearly any position. In high school he played shortstop.