Red Sox Attempt To Repeat Will Be A Challenge 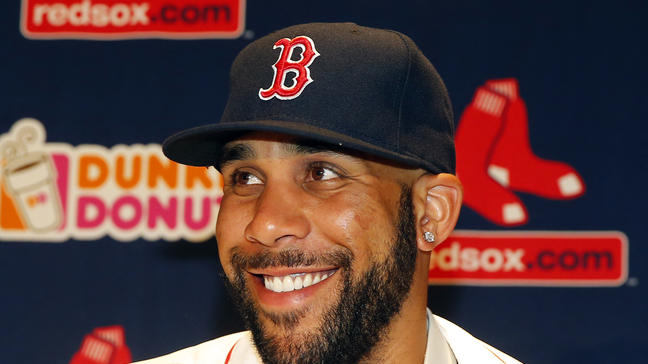 After winning the 2018 World Series, the Boston Red Sox will be tasked with defending their title in 2019. But going from hunter to hunted in sports is always difficult, and even more so in Major League Baseball. Boston will have some serious challenges to overcome if they want to get themselves back on top of the heap in baseball again in the upcoming season, with these three issues, in particular, poised to make their lives difficult.

The Major League Baseball playoffs are fun, as they allow a small number of players to turn a series in any given direction based on their ability to outperform expectations or underperform in the small sample size of each series. When a team wins a World Series, they tend to reward strong performances in those small sample sizes disproportionately. That is what the Red Sox appear to be doing with Steve Pearce.

Pearce is a career .257 hitter, who happened to hit .333 in both the Division Series against the New York Yankees, and the World Series against the Los Angeles Dodgers. As a result of his outperforming his career averages in a small sample size, Pearce has been signed to a new contract. The Sox will have to hope that he doesn’t revert back to the .257 hitter he’s been for his career.

The New York Yankees were thoroughly outplayed by the Red Sox in the Division Series in the 2018 postseason. But the result of that series will only result in the Yankees trying to come back stronger in 2019, as they look to avenge that defeat. And when the Yankees try to come back after a defeat, it is never cheap.

Boston’s top rival has already traded a top prospect to get pitcher James Paxton from the Mariners, who was considered one of the top prizes of this offseason. And the Yankees surely won’t stop there, as their vast resources will be used to the fullest to try and catch up to the Red Sox after the American League East rivals were arguably the two best teams in baseball last year.

According to 2019 World Series MLB betting odds, the Yankees (+650) are right behind the Red Sox (+550) in terms of their odds to win the next World Series. But the Yankees are doing everything they can to close the gap between the two teams, which should be cause for concern in Boston.

The Red Sox have shown no signs of being complacent, as the team took on the grind of the long baseball season and turned in one of the best campaigns in the history of the sport in 2018. But they will have to fight human nature in 2019 and avoid taking their foot off of the proverbial gas pedal if they want to repeat as champions. With leaders like Mookie Betts on the team, you wouldn’t expect the Sox to go soft on their competition in the years to come, but complacency has befallen defending champions in the past, and the Red Sox should learn from their mistakes.