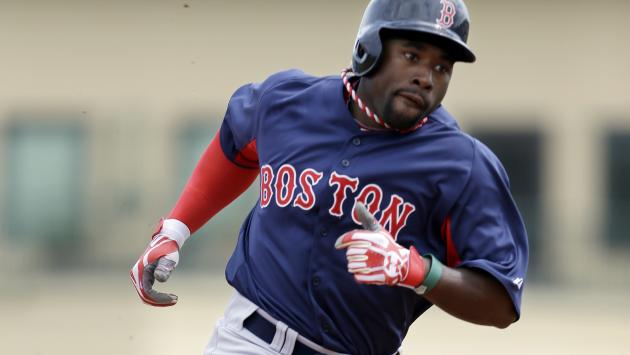 Spring is in the air and that means that another new baseball season is just around the corner!! This year the Boston Red Sox look to be much improved after a disastrous transition season last year! With new manager John Farrell re-acquired from the Toronto Blue Jays the Red Sox seem to be looking to turn over a new leaf! As Dustin Pedroia tweeted this week…….”Red Sox fans are not bandwagon fans.” However, it should be added these same fans do want the organization to build a competitive team that works together.

It seems that many players are pleased with Farrell re-joining the team and the Spring Training at beautiful JetBlue Ballpark in Fort Myers has been quite productive! In addition to the productivity, there have been many surprises!

Young player Jackie Bradley impressed many onlookers during Spring training and as of this posting there was serious talk that he will get a spot on the roster to start the season. In addition to this, Shane Victorino, Ryan Dempster and Mike Napoli have adapted well to joining a stacked team with fellow all-stars such as Dustin Pedroia, David Ortiz, and Jacoby Ellsbury! Many were worried about this after last years frequent clubhouse flare-ups, but so far so good!

Perhaps, the biggest surprise has been the re-emergence of lefty pitcher Jon Lester! With the departure of Josh Beckett he inherits the role of #1 starter! In fact, John Farrell, who many remember as an excellent Red Sox pitching coach, has announced Lester as the opening day starter. He will be more than capable for this job as Jon Lester led all MLB pitchers in spring training with a 0.75 E.R.A.!

The Red Sox open against the despised New York Yankees on April 1! When they take to the field many familiar faces will be there with some battle wounds from last season’s turmoil but the beauty of baseball is that it allows a fresh new start with each passing season! Let’s hope that this season is at the least better than last and at the most another World Series Bid! Either way! Go Sox Go!