Red Sox May Be Up and Down, But They Aren’t Out! 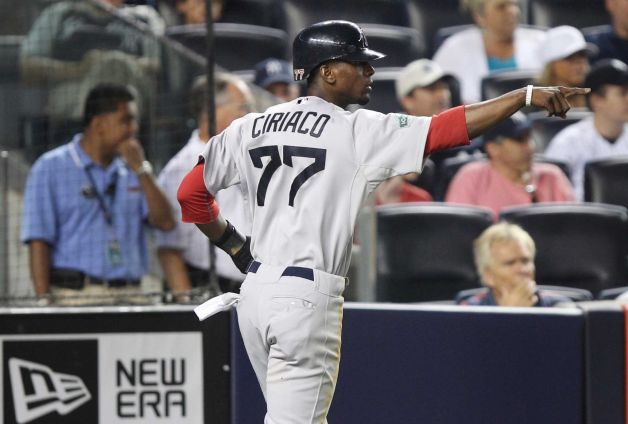 While most of the sportsworld was focused on the always important Olympic Games in London…. the struggling Red Sox rolled into the Bronx for an important 3-game matchup against the Yankees!
The Result: Red Sox take two out of three to win the series in New York to finish at .500 in their return to Fenway Park for a 10 Game Homestand. And to top it off David Ortiz will be back soon from injury.

So to say it simply: The Red Sox are back in it!!!! They are only a few games behind in the Wild Card Race and proved they can beat the Yanks in a possible AL East pennant run down the stretch!!! It should be another exciting two months to go in the season.

Last Friday night it did not look so good! The Red Sox couldn’t score enough while Sox pitching got shelled. The Yankees won and the Sox were kept below .500!

Good old Jon Lester took the mound on Saturday and pitched better than his last outing while the bullpen stepped up to keep the Sox in the game. Ortiz’s replacement Peter Ciriaco became the hero by stretching a misplayed ball by Curtis Granderson into a game-winning Triple after Teixiera tied the game with a two-run homer off Padilla. Miller and Aceves held off any late-inning Yankee runs to come away with the Big Win! This tied the series and set up Sunday’s pivotal game.

Familiar face Terry Francona talked to the clubhouse before the game to show his support and you could tell the Red Six were fired up to win this. So much so that both Manager Bobby Valentine and Pitcher Josh Beckett got tossed from the game arguing a bad call in the late innings where Will Middlebrooks got hit by a pitch. It became another back and forth game with Ciriaco making big plays again as it went to extra innings after a few blown leads and big hits by the Yankees Russell Martin. However, the Red Sox kept their cool got key outs from Miller and through some scary but clutch pitching from their current closer Aceves grinded it out for the important Sunday Night win. The Red Sox took 2 out of three from a Yankee team riding high after picking up veteran hitter Ichiro Suzuki.The Sox are headed home at .500!  They are definitely very much in the race! Go Sox Go!