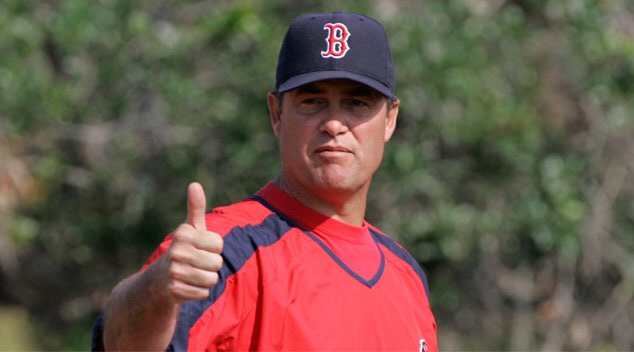 The Boston Red Sox reach the quarter pole of the 2015 MLB season this week in disappointing fashion. After opening the campaign as favorites to claim the American League pennant, and strong 10/1 odds to win their second World Series title in three years, the Red Sox have tumbled to a distant 25/1 in MLB betting at the online sportsbooks.

With just 19 wins in their first 40 contests, Boston enters the second quarter of the season trailing in the AL East standings by 2.5 games, behind both the Tampa Bay Rays and New York Yankees, who were described as this year’s Beast of the AL East in a recent report by BettingSports.com.

While plenty of season remains for the Red Sox to overcome their slow start, the club missed a golden opportunity to establish themselves as a division leader during the first six weeks of the season.

Boston has faced AL East opponents in 25 of their first 40 games, but has tallied only 10 wins in those contests, well behind both the Rays and Yankees, each of whom have posted 16-13 divisional records.

Fortunately for the Sox, they do not face New York or Tampa again until late June. Starting with their Memorial Day weekend series against the Los Angeles Angels, Boston has 17 dates on the schedule with AL Central and AL West opponents, against whom they have earned a 75-66 record since the start of the 2013 season.

In particular, a combined 10 games against the Minnesota Twins and struggling Oakland A’s could prove to be the tonic to kickstart the Red Sox campaign.

Boston will be looking to build on their recent 7-2 record against Minnesota in seven upcoming matchups with the Twins. However, the Sox will be facing a much improved Twins squad, that is currently on pace to win 93 games this season after finishing dead last in the AL Central the last four years while averaging just over 66 wins per season.

Minnesota’s early success has not only raised the hopes of long-suffering Twins fans, but also buoyed the club’s World Series to 50/1, after opening the season trailing the pack at 100/1.

Conversely, it has been a difficult campaign for the A’s, who enter the holiday weekend with an American League-worst record of 14-28, a full 13 games back of the high-flying Houston Astros in the AL West standings, and have fallen to a distant 66/1 in World series betting.

The Red Sox took two of three from the A’s in a recent visit to Oakland, but are a middling 5-7 in their last 12 against the Athletics.

Boston will also need to get more production out of both their bats and arms if they are to reverse their fortunes in the coming weeks. The Red Sox enter the final 10 days of May at or near the bottom of most offensive stats categories, and top only the Toronto Blue Jays in team ERA.

The loss of starter Justin Masterson to a shoulder injury, combined with recent injuries to 3B Pablo Sandoval and RF Shane Victorino, further compounds the Red Sox early-season concerns, but with no team in the AL East running away with the division, the opportunity still exists for the Bosox to make a run at their eighth MLB Postseason berth in the last 12 years.