Last Tuesday: Gem of a Game by Sox Turns Into A Birthday Bash for Ellsbury 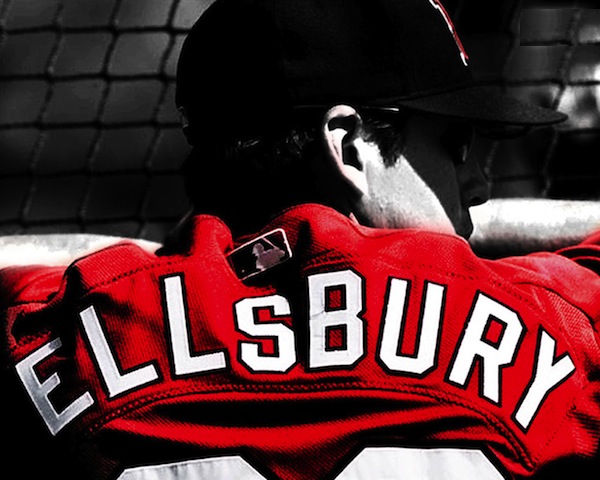 Last Tuesday was a bright spot in a rough season for the Boston Red Sox!!! The game was played at Fenway Park 11 years after the U.S. was attacked on September 11, 2001. An American flag was unfurled over the famous Green Monster left-field wall during pre-game ceremonies. It was a somber night where many went to see a baseball game to help forget the difficult memories of that tragic day for our country. America has bounced back from that darkness and on this Tuesday night game..,also the night of Sox CF Jacoby Ellsbury’s 29th birthday… the Sox showed they still got some spunk left.

Facing their arch-rival opponents the New York Yankees…. the Sox would end the night putting the Yanks out of first place in the AL East and into a tie with the surprising Baltimore Orioles!

It was an eventful gem of a game! The starting pitcher was Jon Lester who showed his pitching expertise while tying Bruce Hurst’s career mark of most strikeouts by a Red Sox lefty pitcher!

That was cool enough… but in this contest it was only the beginning. After a see-saw game steady team-leader Dustin Pedroia smacked a shot over the Green Monster to put the Red Sox back in the game. The hero of the night however, would be the birthday boy, Jacoby Ellsbury, who would end up going 4 for 4 with the game winning walk off RBI in the bottom of the 9th inning. Running around the bases from Ellsbury’s line drive hit to right field and scoring just ahead of the tag at home plate was Pedro Ciriaco! Ciriaco has proven to be a solid fielder and an up and coming young player for the Sox! Let’s hope he returns along with such valuable players as Ellsbury, Ortiz, Lester, Middlebrooks, Ross, and Kalish!

Let’s face the facts this transition year has been tough for the Sox but they’ve shown they still got gas left in the tank! Most likely although a burdensome part of the game, if they had not suffered so many injuries……the 2012 Sox would be an entirely different story! There’s always next year! In the meantime, this September 11 night, now known as Patriot’s Day was one to remember! One of many in Boston Sports Legendary past. Go Sox Go