New Look Boston Red Sox Team Tries to Get Back on Track! 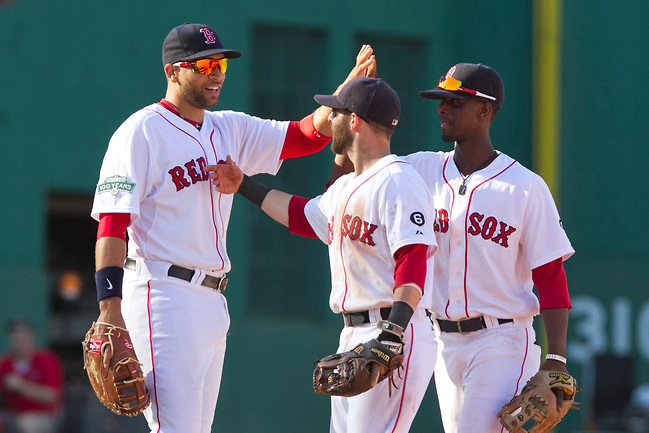 After a dismal August performance, Red Sox management decided to shake up the team by trading large contract players to the Los Angeles Dodgers. Surprising many fans of both teams, Josh Beckett, Adrian Gonzalez, Carl Crawford, and Nick Punto were placed on waivers to be dealt to the Dodgers. The Red Sox received regular 1B James Loney, and a few other up and coming Dodger players with a little bit of MLB experience.
Many were debating which team got the better of the deal!

So far it must be mentioned that it looks like the Red Sox have improved! After Friday night’s trade the Red Sox won the first game of a 4 game series vs. the Kansas City Royals! David Ortiz came back from the DL and contributed to the victory showing just how valuable of a team player he is to the Red Sox lineup! David Ortiz must be kept for his veteran experience as well as his steady batting excellence!

The Red Sox seem to have gained a much needed fresh start and attitude. Players have commented that things just weren’t working in Boston for the players who were dealt and they seemed happy to go to another team.

In fact Adrian Gonzalez hit a 3-run Homerun in his first At-Bat in Los Angeles for the Dodgers!!

Meanwhile Red Sox Nation found improved hope as they took 3 out of 4 games from the Kansas City Royals including a comeback win from Dice-K before heading out West to play Anaheim. A road trip that should get us a better idea of whether the Red Sox can gel this year and perhaps make a playoff run in September. So far things are looking to be getting better for the Beantown Baseball team! Go Sox Go!!!