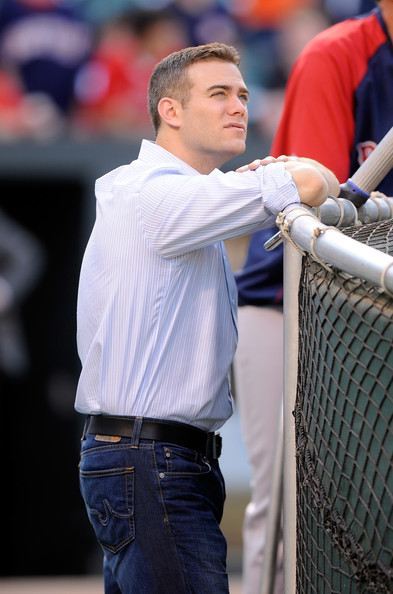 With one of the most loyal fanbases in all of Major League Baseball and the second highest payroll of the 2011 season, the Boston Red Sox are obviously capable of signing big names for record setting money. The lack of salary cap in baseball means one of two things: You have the best scouts in the world that help you find the most promising talent at a low cost or you have a pocket large enough to sign those that are already proven. This organization has both. 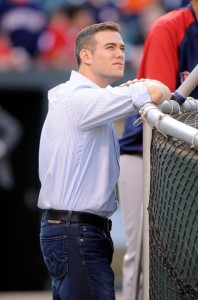 Carl Crawford and Adrian Gonzalez are going (Gonzalez already) to contribute to this team in Hall of Fame ways for years to come. However, it’s a 25-man roster and a 162-game long season. Theo Epstein had one of his best offseasons yet and there are more people than Crawford and Gonzalez to thank for that.

Alfredo Aceves was not resigned by the New York Yankees regardless of his 14-1 record he posted with the team during his three years spent in New York. The organization did not want to risk signing a pitcher with recurring lower back injuries while the Red Sox saw a guy with great command and reliability who passed his physical. So far he is 3-1 with 3.30 ERA. He’s started 3 games (that number will move to 4 tonight), has appeared in 18 recording 1 save. He’s a competitor who has contributed in countless ways to an injured, depleted pitching staff.

Tommy Hottovy is a great story. Spending 7 years in the Red Sox system before getting called up to take Rich Hill’s spot as the side-arming left-handed relief pitcher, Hottovy has handled the big stage with great success. He’s used specifically against lefties and has been effective in each appearance (barring the shut out game by James Shields in Tampa Bay in which the Red Sox did not score). Everyone in baseball will tell you that relief pitchers are the most difficult players for a team to see consistency from. Ask the Yankees how Soriano has panned out. Oh, and how about Brian Fuentes in Oakland?

Drew Sutton is a major leaguer in the minor leagues. When he is patient at the plate, good things happen. His defense at second base could use some improvement, but using Dustin Pedroia as a comparison is a little unfair. In 16 games Drew is hitting 3.14, has filled in defensively at second and third as well as pinch run.

Andrew Miller, the a former 1st round, 6th pick who started with the Detroit Tigers before being traded to the Florida Marlins. A guy infamous for his lack of control made his Red Sox debut last night allowing 7 hits, 3 earned runs, 3 walks while striking out six. Granted it was against the lowest run producing team in all of baseball, but it gives the usual starters breathing room. The regular season is all about balancing injuries and playing time in hopes of getting to the postseason. Having a lefty like Miller (whom is still being developed) in the bullpen or available for spot starts is only an advantage.

Jarrod Saltalamacchia. Thank Jason Varitek for this one. The kid who could not throw the ball back to the pitcher while in Triple-A is now a solid starter. His bat is showing those flashes of power everyone raved about and his defense is on par. His caught stealing could use some improvement (the whole team’s could) but he has only made one error on the year. He’s also just 26 and coming into the prime of his career. I expect his batting average to top out at about .275 with 60 RBIs and 15 HRs. Not bad for your catcher in his first year with a new club.

Honorable Mention: Because they have proven themselves prior to this season I did not mention Mike Cameron, Darnell McDonald and Josh Reddick. They may not be offensive forces but they have managed to produce timely hits and are always great defensively.