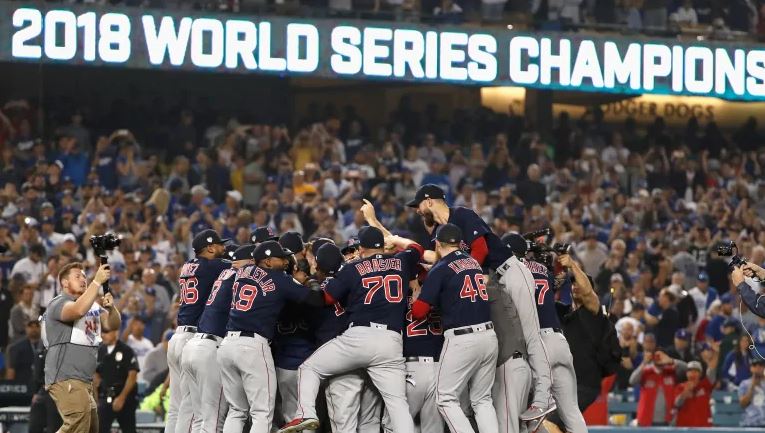 Fasten your seatbelts folks. The 2019 Red Sox are battling to secure at least a Wild Card spot in this year’s playoffs. With an overall record of 68-61 and within reach of a Wild Card berth the Red Sox are going on an important road trip where they will play the Padres, Rockies, and Angels respectively.

Before leaving On Thursday August 22 they took care of some unfinished business vs. the Royals at Fenway Park though. Playing through a rain delayed 10th inning from a few weeks back where the score was tied. In a unique venture, kids were admitted free and all seats were just $5 to watch how the extra innings matchup would play out.

In a class act by the Red Sox Organization along with the  players contributions all proceeds went to the Charitable Jimmy Fund to help sick children get well. Appropriately, and in spectacular fashion the baseball game went well also as Christian Vasquez doubled in the tenth.

Next….Brock Holt hit a shot off the Green Monster for the game winning run. The Red Sox closed out the game successfully in front of the cheering crowd before hopping on their plane out West. They are soon to return home on September 3 for another pennant run.

This West Coast Road Trip is pivotal before they come back to play their Eastern foes. The Sox are about 5 games behind the Rays, Indians, and A’s for the two Wild Card spots. The two teams that make the Wild Card playoff game will face each other on Oct 2 with the winner to advance to the playoffs.

This year is a similar scenario to 2004 where the Wild Card Red Sox won the World Series Title. Let’s hope for a similar happy ending for these 2019 Red Sox as they give us another exciting season of action.