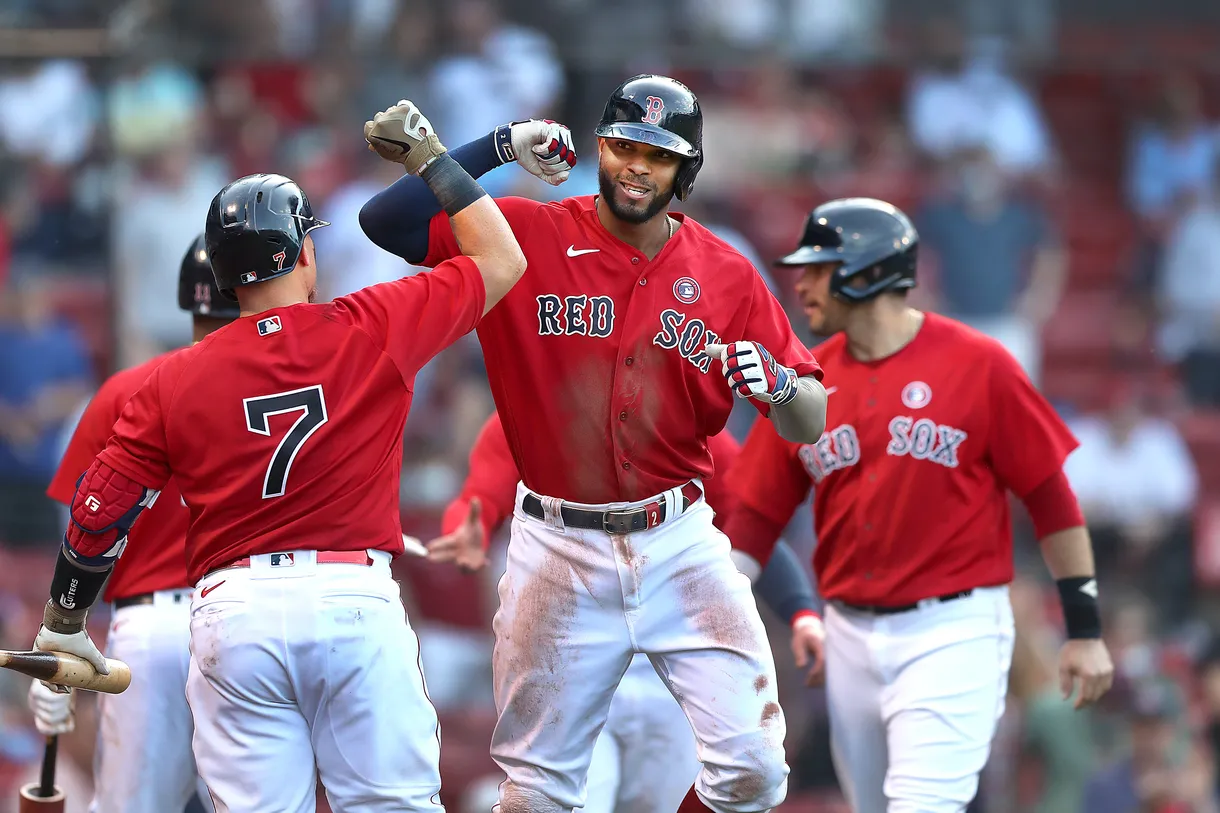 During the month of May 2021 the Red Sox have the best record in baseball. A power surge of hitting has propelled them to impressive wins while the pitching staff has surprised many experts.

In fact, although the bullpen was suspect after last year's dismal performance, Matt Barnes and co. have really stepped up to lock down on saves in close games. Barnes has emerged as a long awaited closer and even won relief pitcher of the month award for April.

So far, May has been even better as the Red Sox offense continues to tear up opposition pitching.  Many home runs have been hit over the Green Monster by J.D. Martinez, Hunter Renfroe, and Rafael Devers.

Alex Verdugo has also been solid from the left side of the plate in just his second season with the Sox. There have been many occasions of various Red Sox hitters riding in the famous homerun cart in their Fenway Park dugout as a celebration ritual for their outstanding slugging of homers.

Manager Alex Cora kept saying during Spring training that this team left the pre-season with solid fundamentals and was going to surprise everyone this year. The Red Sox hold a precarious lead but are a few games ahead of the heavy hitting Toronto Blue Jays and the charging Yankees.

Nathan Eovaldi and Eduardo Rodriguez have been their usual above average starters and in this season of more than usual no-hitters (6 and counting so far) the Red Sox have instead racked up win after win in an impressive fashion....playing as a team effort where everyone contributes!

26-18 is good enough for now to lead the always tough AL East but the Red Sox will need much more support from the best fans in baseball to capture the pennant in what looks to be another exciting race.

The Fans at Fenway really outdid themselves again welcoming back 2018 champion and veteran Mitch Moreland with a rousing round of applause and thankfulness for his years of clutch hitting.

It was a wonderful moment that shows in Beantown.... sports heroes are once a legend...and always a legend when going back to Boston. A tip of the hat was returned by the power-hitting “Mitchy Two Bags” to a knowledgeable fan base that really appreciated the good times provided by their many amazing players throughout the years.

Great play will always be remembered and welcomed in Boston.