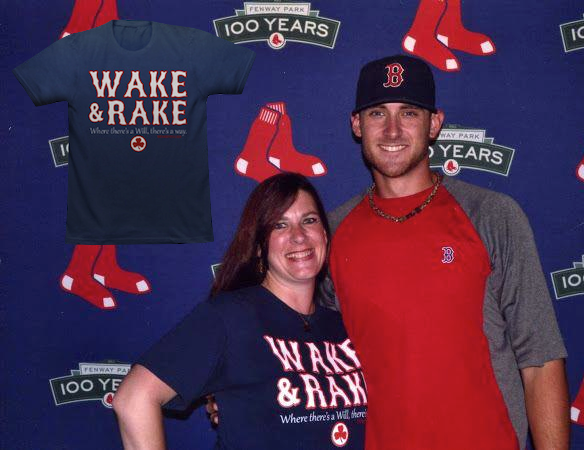 Although the week ended on a sour,wet note with the Friday game against the Orioles being rained out after back to back losses, the earlier part of the week was nothing short of spectacular for the Boston Red Sox! After knocking out the Yankees manager John Farrell returned to Toronto to an echo of bitter boos after they lost their well-performing manager back to Boston! Quickly, the team came to their manager’s by some consistent pitching, timely hitting, and all around good team play! The boos were silenced when the Red Sox took care of business on the field and beat Toronto soundly.

In the most impressive game of the week, the Red Sox hammered Toronto on Sunday’s game beating them 13-O!!!!! Will Middlebrooks had the best stats of his young career by launching 3HRs in this one game!The very next day they headed Back To Boston for their own Home Opener! This newly gelled Red Sox team did not disappoint the hometown fans! Another fine young player…Daniel Nava hit the game winning 3 run HR to give the Red Sox a game finishing 3-1 lead. Buchholz held on for the win in a fine outing with Joel Hanrahan nailing it down for his third save of the season!

A down point came on Wednesday when not only did the Red Sox lose to the difficult Baltimore Orioles team but they also had their consecutive sellout streak at Fenway Park come to an abrupt end as not enough tickets were sold. This is the only time this has happened in Boston since before the Curse was broken in 2004!!!! As fans we need to go out buy some tickets and suppport our Boston Red Sox! This year is guaranteed to be much better and the view at BEAUTIFUL Fenway Park is always worth the price of admission. Friday’s game was rained out but there will be many more days to get out and enjoy America’s Most Beloved BallPark.In upcoming news, David Ortiz is working in the minors to return to the Big club soon! The Boston Red Sox will resume play hopefully on Saturday and look forward to what looks to be an extraordinary baseball season packed with exciting fun! This Sox fan will be root, root, rooting for the Red Sox! Go Sox Go!