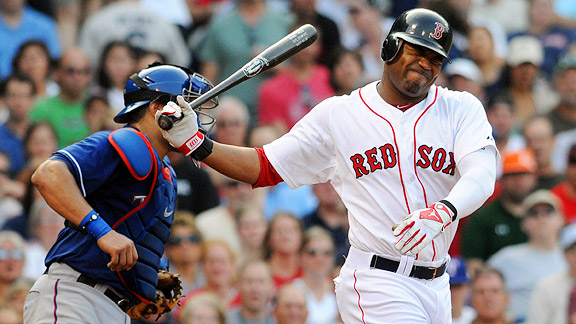 Hopes that Carl Crawford’s experience with the Boston Red Sox would take an immediate turn for the better after a disappointing first season were dashed with the announcement by Red Sox GM Ben Cherington on Tuesday that the left fielder underwent arthroscopic surgery on his left wrist. Cherington did not rule out that Crawford would be ready by the regular-season opener but acknowledged that might not happen.

The decision to have surgery, Cherington said, was made after Crawford reported soreness in his wrist when he began ramping up his offseason hitting routine around the first of the year. The surgery, performed in Scottsdale, Ariz., by Dr. Donald Sheridan in Tuesday after Crawford underwent an MRI, involved a debridement of the wrist, which is defined as the removal of damaged tissue from the impacted area. It is generally performed in cases where a patient shows signs of early arthritis.

Crawford has experienced soreness in the wrist in the past, according to Cherington, including at the end of the 2011 season, though the decision was made at the time that he go through his usual offseason routine. That changed, Cherington said, when Crawford reported continued soreness.

Crawford first experienced wrist problems in the big leagues as far back as 2005, but he had not missed any time because of the wrist since 2007, when he was in training camp with the Tampa Bay Rays.

This was only the second surgery of his major-league career. In 2008, he had surgery to repair the tendon in the middle finger of his right hand.

Cherington said that Crawford is expected to resume baseball activity in spring training, but said the team would not place a timetable on his return, other than to say they expect him back “early in the season.’’

Crawford struggled in his fuirst season in Boston after signing a seven-year, $142 million contract last offseason. He hit a career-low .255 with 11 homers, 56 RBIs and just 18 stolen bases.