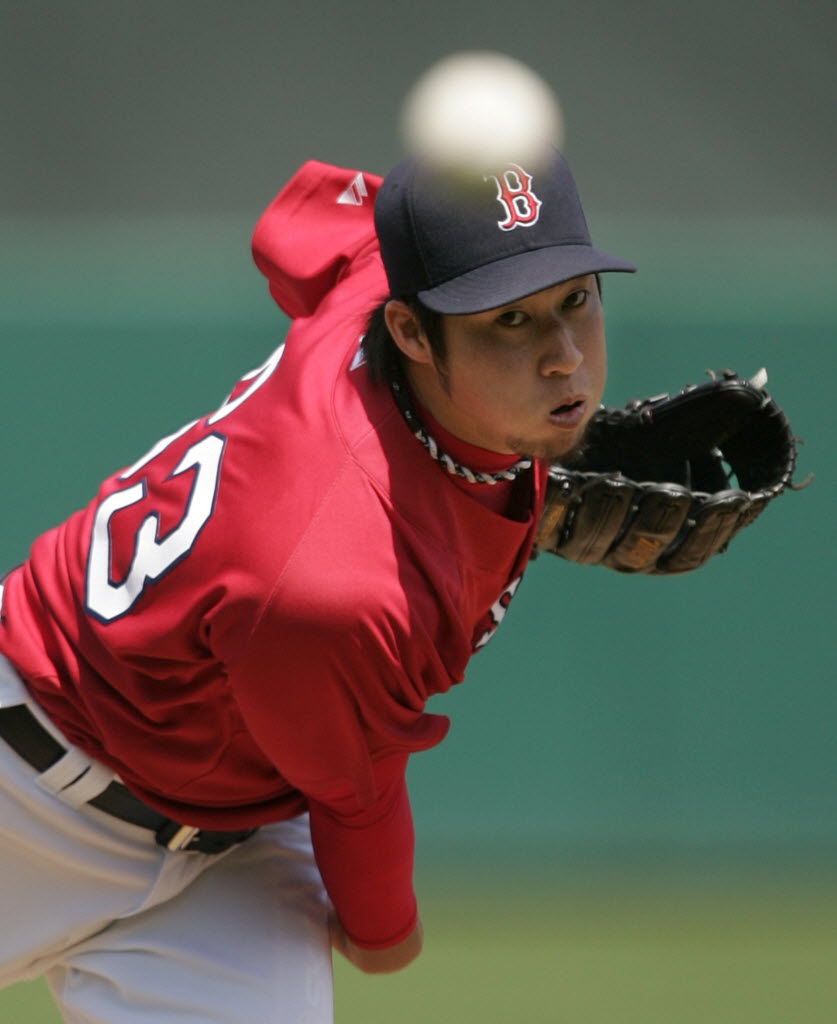 As the 2012 Boston Red Sox season draws near, the fan anticipation is growing, 2011 is still luring its ugly head, and once again pitching is the biggest topic of conversation heading into Spring Training. One of the biggest surprises for Sox could be found in 25 year old Junichi Tazawa.

When the Red Sox signed Tazawa in 2008, few people knew who he was and what to expect from him. Boston signed the 22 year old to a three year deal worth three million dollars; it was the epitome of a low risk high reward contract.

In his first season, Tazawa was optioned to AA Portland where he posted a record of 9-5 in 18 starts with a 2.57 ERA with 88 strikeouts. Junichi was also named to the Eastern League All-Star Game and promoted to AAA Pawtucket shortly thereafter.

In April 2010 Junichi underwent ligament replacement surgery; while the surgery was successful Red Sox Nation has not heard much from him since then. With Josh Beckett, Jon Lester and Clay Bucholtz locked in the rotation, Jon Lackey out for the year and Daisuke Matsuzaka out until at least the All-Star break; the 4th and 5th spots are left vacant. Some would have thought that Tim Wakefield would have filled one of those spots, but with his recent retirement it opens the door for guys like Tazawa.

The preseason projected rotation has Daniel Bard as the 4th starter and Aaron Cook as the 5th, however Bard may need time in Portland or Pawtucket (depending on their schedules), to continue the transition from set-up man to starter. Aaron Cook had a very disappointing 2011 in Colorado going 3-10 with a 6.03 ERA. Carlos Silva and Vincente Padilla, also invited to camp, Silva did not pitch in the majors last season and Padilla pitched just 8 2/3 innings for the Dodgers posting a 4.15 ERA over that stretch.

While Junichi Tazawa is still unproven in the majors, he has achieved some success while pitching in the minors. For the first time since 2010, there are no questions about his injury; the Red Sox clearly had high hopes when they signed him in ’08 and now have an opportunity to see what he can bring to the table. With so much uncertainty with the rotation, it makes sense that if Tazawa shows signs of life coming out of camp he may end up being the starter Boston is looking for.